About the music school

The philosophy of the music school

„Thank you for the nice advice. I’m looking forward to the trial lesson.“

Right from the beginning, the concept of Katrin Morgenstern (piano) and Andreas Bertheau (guitar) lives on sentences like these – a music school that is fun for both for students and teachers.

The best way to realize this was for the two music educators to found their own music school in 1997. Since 2006, also Martin Behm (piano) belongs to the management. 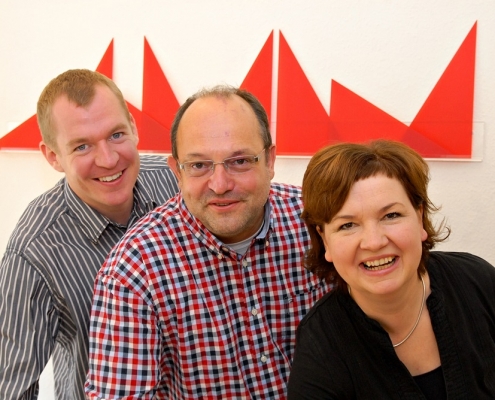 Teachers of the music school

At the music school Behm • Bertheau & Morgenstern , almost 170 teachers give lessons on subjects corresponding to their university education. This university education is the essential requirement to prepare adolescents for the entrance examination at musical academies.

When selecting teachers, great importance is attached to musical and pedagogical competence but also interpersonal skills play an important role.

They represent the music-pedagogical profile of the music school Behm • Bertheau & Morgenstern, “Quality meets Joy”. Not every student learns to become a concert soloist. But everyone – whether child or adult – is trained on a high professional level and based on his or her own wishes and opportunities.

Own concert experience made by many teachers have a positive effect on the lessons. Individual teachers of the music school also have additional qualifications as music therapist or for music-pedagogical work with people with disabilities.

To the Job Offers and Applications 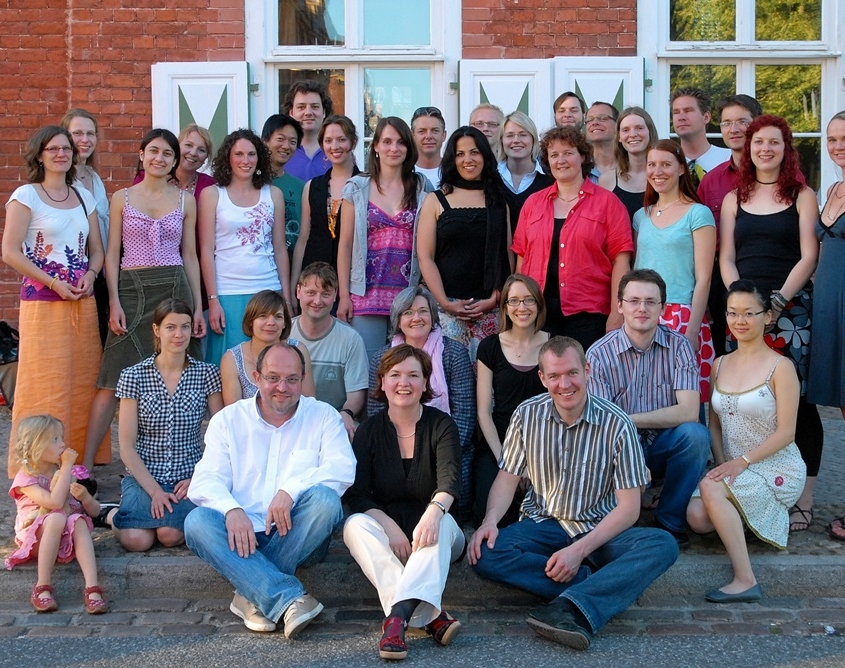 The artistic design of the music school

The joy of making music also depends on external conditions. The rooms of the music school are functional in design but also offer artistic incentives.

The branches in Potsdam’s city centre, in Babelsberg, in the Kirchsteigfeld, in Berlin – Prenzlauer Berg and in Falkensee were designed by interior designer Christian Conrad (Berlin).

In the entrance area of the branch “Am Weberplatz 1 in Potsdam-Babelsberg”, a work by Stefan Pietryga (Potsdam) is exhibited in the shape of a red poplar.

Rooms in the branches in Potsdam’s Kirchsteigfeld and in the Brandenburger Straße in Potsdam’s city centre are equipped with works by Frank Maibier (Chemnitz).

In the rooms in the “Otto-Erich-Straße 11-13” in Potsdam-Babelsberg pictures of the Berlin artist Andrea Straka are exhibited.

In the rooms of the music school “Prenzlauer Berg” works by the Stuttgart artist Ottmar Mohring are shown.