On 28 April 2018, the time has finally come. The band Black Sheep from the music school Potsdam competed against 11 other bands at the Fontane Song Contest in Neuruppin.

With their song “Alles Still”, they convinced the jury as well as the audience. In the end, the Black Sheep emerged as the winner. On 19 May 2018, the grand final took place in Neuruppin! Open air, in front of the “Kulturkirche”, and an audience of about 400 persons, our band played their super hit.

The first prize is highly deserved! Congratulations to the Black Sheep and keep it up! 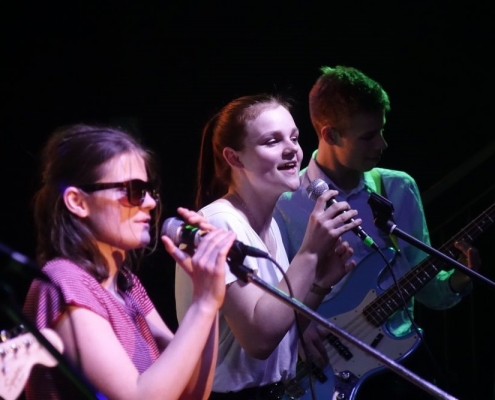 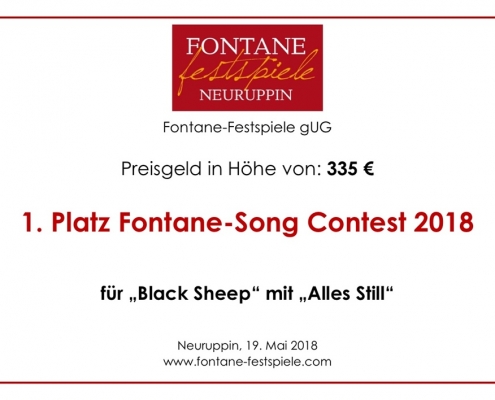 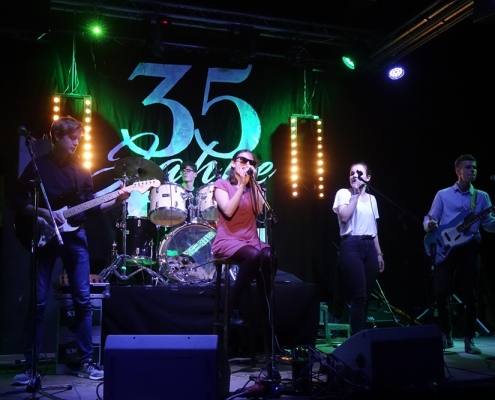 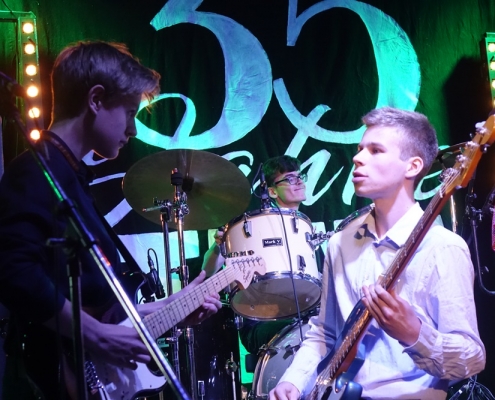 The video lasts for 7:44 minutes. From 3:45 minute onwards, the Black Sheep are playing.